The rationale behind merging two tax agencies in Albania 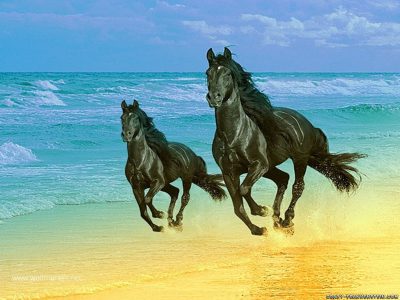 The rationale behind merging two tax agencies in Albania

In the private sector, mergers and acquisitions of big companies take place quite regularly. In public sector this move is different and is accompanied with politic and social environment issues. At the elementary level, it can be argued that it is perceived by the shareholders of the two merged entities (or made to perceive so) that due to synergy creation they would be better off by parting with the old entities and creating a new one.

But, what may be the rationale behind merging two very big public-sector departments where both have different historical origins and whose cultures are also generally believed to be different?

The conventional functionalist or rationalist explanations (e.g. Agency mission, property rights theory, contingency and rational choice theory) take a sympathetic view towards the motives of the reformers. The common feature of this category of theories is that they all explain a phenomenon in terms of intended results with a presumption that organizations change because such changes are necessitated by changes in the external environment.

Organizations can skillfully decouple changes if the professionals feel that those changes could adversely affect their ethos of work. In Albania, is not yet a public discussion about the merging of Tax Administration (TA) and Customs, but some ideas are now around and could be the very baseline of this analyze.

Before the merger, could take place we have to present how are the customs and tax administration in regard of the organization structure and also the dependency of them in the government tree. Two agencies enjoy a public status as executive agency with separate directors reporting directly to the Minister of Finance and appointed in their position by Prime Minister, based on the civil status procedures. In terms of tax collection, TA is responsible for collecting direct taxes (Corporation tax, Income tax, Capital Gains tax, etc.) And internal administered indirect taxes (internal Value Added Tax), National taxes, besides other minor taxes, which are under the authority of local power. The Customs are responsible of excises, import VAT and customs dues.

The organisation is also responsible for anti-smuggling duties and provision of international taxation relations. The TA is also administering the tax credit scheme and refund of them.

The two tax agencies have different origins and are working independently. But, the custom have more history to show, because they were existing before ‘90, meanwhile tax administration did not exist during ex-communist regime.

However, since 5 years ago there emerged a view that called for greater cooperation between the two agencies. The view was shared by the several analysts, cabinet ministers and of the central government, senior management of the two departments and members of the parliamentary committees. They, however, differed on the extent of cooperation between the two tax agencies. The then extreme view favored the merger of various function of taxes to form a single tax agency.

The relationship between the TA and Customs again became an issue with the introduction ofâ Excise under the administration of Customs in 2012.

The disapproval of the idea of merger was firstly found to be evident in the discourse of IMF experts which in different occasions have expressed their opinions.

Three main arguments against merger emerged from the detailed discussion held on the issue of merger. First, the different ways in which the two agencies work is due to the different nature of the taxes they administer. Second, the time scale for completing audit work in the case of VAT is entirely different from that of direct taxes. Third, this difference in nature of taxes and the time scale necessitates different set of legal powers for the two tax agencies including here also the lack of proper capacities for administering and also the not skilled staff with the complex problems with international taxation.

But the merger idea again did not win favour with the then politic environment, and as a result â€˜closer working between the two agencies’ emerged as the informal theory and discussion until 2014. In this year the Prime Minister proposed to begin the process of analyzing the possibility of merging of the two agencies.

Interestingly, the government now in complete reversal of its longstanding position on the issue, has “announced” in silence merger of the two tax departments.

Reviewing the historical evolution of two separate tax agencies in Albania, it is expected that the new structure of the Tax and Customs administrations would be around â€˜customers and functions rather than taxes.

The main reasons for the merger plan are bases in:

Direct and indirect audit visits could be combined to ensure savings and customer focus. The efficiency argument is very optimistic in the new administration mission activity, which will aim to save thousands of hours of non-scope and expensive audit. The second category of benefits, which is an improvement of action of tax administration oriented in customer-focus seem to be very ambitious, since the concerns from the Albanian business is very sensitive in the latest years.

The third main objective should be the improvement of accountability. Accountability is a complex notion and in the public sector it is often used without realizing that it is very sensitive in nature and may be defined differently by different stakeholders.

In our view it is simply understood that by separating policy from implementation the accountability framework will be improved.

The explanation for the merger is, therefore, built upon three main arguments; savings, better customer-focus and improved accountability.

No doubt, there are many who will share the enthusiasm of the moment and this community is the optimistic one. But, since the current problems and concerns are more than one it is premature to think about a near merge of two agencies.

First, the difference in cultures of the two agencies; second, the different statutory framework of powers; third, the significant work to be undertaken in converging the respective agencies legislation and lack of clarity on any reduction in compliance costs borne by businesses. The last concern is important as reduction in compliance costs is mentioned as a part of efficiency saving in the merger publication.

However, if the evidences in the future will suggest that the officially claimed objectives have been realized then this policy initiative will emerge as a more credible explanation for the merger of the two tax agencies.