What kind of Albania are we living in?

Home » Blog » What kind of Albania are we living in? 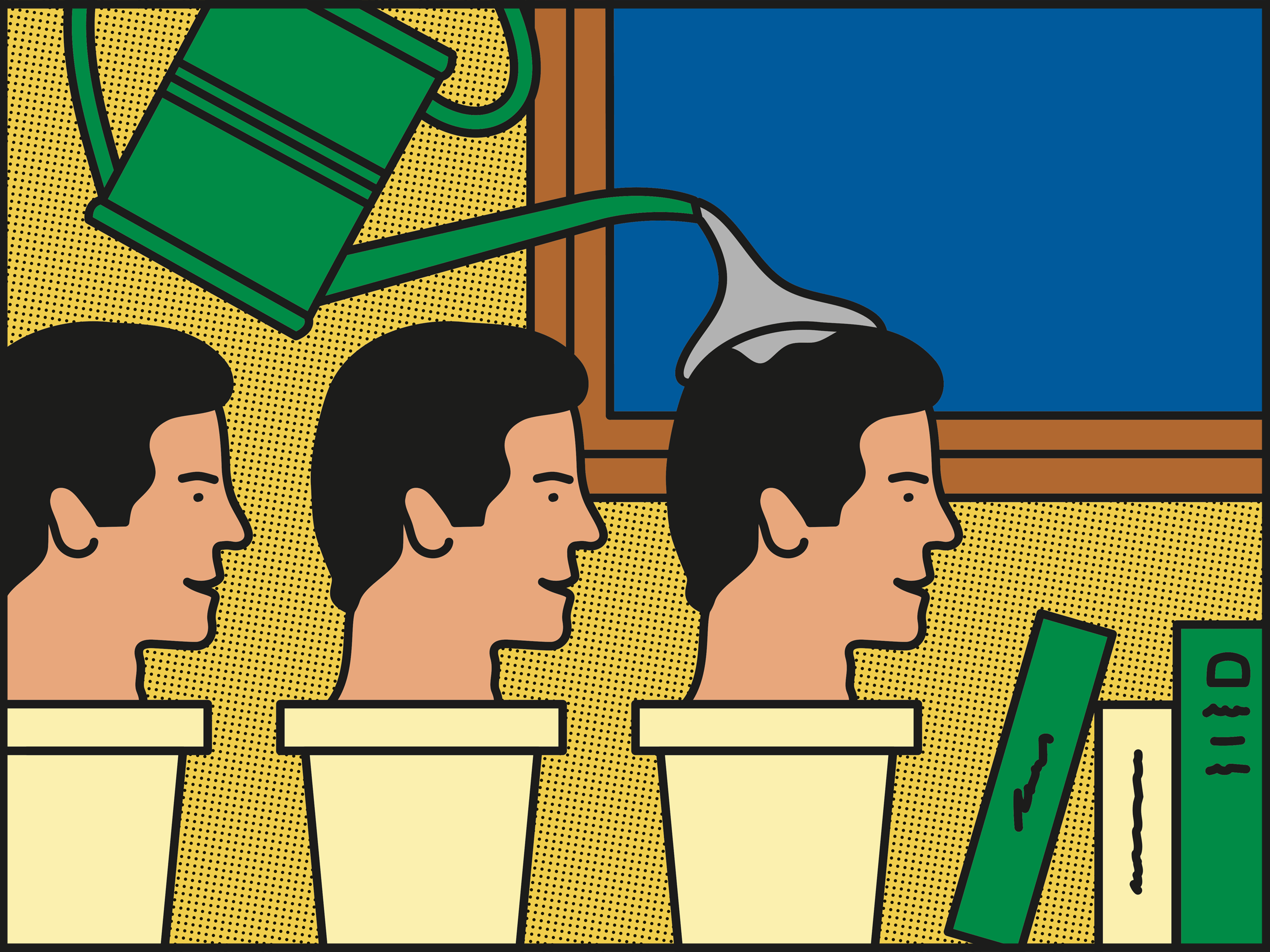 What kind of Albania are we living in?

For more than a few years, political leaders have been using public statements as disinformation.They have restored the former tradition of the “newspaper”, calling everything that comes out of them as their opposite, and this is the strongest disorder in the socio-political environment.

An important political weakness of the leadership approach, not just the current one, is that they never have much to offer to the working class. Despite the increases, their salary still remains relatively low.They are overwhelmed by the problems of survival, insecurity and various health problems that affect their long-term well-being.
But they have no voice to express their challenges.

They have no leader to represent.

They have some unions that they barely can re-present.

Just because Albania has little knowledge of strikes and protests compared to others,the current situation could easily create a climate between workers holding influential economic sectors,such as e.g. oil workers.
While the system has become too centralized to address and respond to crises. The current leadershipis constantly strengthening its control over misinformation and misinformation.

In fact, what kind of Albania are we living in?

First, political leadership has expressed a willingness to truly democratize the electoral system. The new election rules will not only strengthen the role of political parties in shaping the democratic system of governance, but will also encourage greater competition between different parties.However, the leaders of the main parties have systematically eliminated democratic electoral competition.

Secondly, the decentralization of power is now at a higher point than any other time in the country’s history. It is a fact that Albania is much more decentralized now than before.

Third, the rapid expansion of our national information and media space also has a beneficial effect on the development of democratic institutions and procedures. But the main problem is that the more the media is open, the more limited is the freedom of all major media.

Thus, the mainstream media has closed to the truth, when should have been more open about reflecting the reality according to the public mission, and they are already increasingly manipulating the population by keeping an old tradition of making the media, with news and counter-news, which we all thought we had thrown away.

Fourth, it is impossible to imagine a democratic political process without the participation of non-governmental organizations, i.e.regardless of their views and opinions.This exchange of views, this dialogue with NGOs, is constantly taking place today.

However, it is a bitter reality that the lack of support and the cessation of resources for NGOs unrelated to power clans are blocked,despite the fact that these independent organizations should be the vanguard of opposition to the arbitrariness of power.

Fifth, corruption has become widespread again and it is difficult to escape the impression that the mechanisms set in motion to fight it will serve as a driving force. In all these last two decades,corruption has been the main popular argument against any government in office.Even if corruption manages to rationalize in the first years of government, it becomes a major obstacle in the final year of the end of the governing term.There is no exception to this rule.

Sixth, today’s economic policy from what is understood is oriented towards capitalism based on public funds mixed with some investments in co-financing and co-operation with larger businesses to develop an economy mainly in function of natural resources.Our country’s wealth of natural resources has greatly facilitated decades of leadership efforts to be authoritarian.

Under these circumstances, no government has needed to burden the population with high taxes.But it has used the cartel policy by occasionally intimidating oligarchs, and most of the time this has solved the problems of the moment.This is one reason why such a concentration of wealth is allowed.The problem is not simply why this type of oligarchy is maintained and strengthened, which in fact is not essentially the same as the definition.The biggest problem is that they block the entrance to the gate from where the investment should enter.

Seventh, the strength of the current political leadership lies in its ability to manipulate the elite, the media, and civil society.But if this propaganda deviates too much from reality for a long time, it will eventually lose credibility.

In fact,the first cracks are already noticed.
However, in our analysis must be considered also the positive part of political leadership.One of his extraordinary political points is to reflect in himself everything that people want to see.His main political achievement is that he influences many people to feel bad, if one day he will no longer be the one to lead them.

This positive moment did not come directly after the leadership of the ’90.

His first turn dug up all the tragedies in our history and society and caught them before our eyes.The leadership that followed was perceived as drunk, corrupt, and simply embarrassing to understand and work for a different Albania.

Leadership began to be structured and sophisticated. He is now more in control of the public and so is his media environment.The country has become a showcase, where only strength and dynamism emerge.

In this scheme, foreign policy is not very important.
However, the similarity between them is most evident in the times that have come and perhaps those that are coming even though they are already in the age of political maturity and the same mistakes are not forgiven.
It’s like a secret that they follow to each other.After taking power they become his heart by collecting and uniting visibly or covertly a directional pattern, which we are calling mikroman.

This model of governance deals with the small things by forgetting the big ones.He increasingly wants to decide only with the close group on the things that his influence can cover.After gaining knowledge, he tries to make it a reality, despite the programs, costs and requirements of different people and policies.

Mikroman tends to call governance a work that should have its signature everywhere.

Let’s take economic reforms.
It is a fact that they were not managed by the reformers and the institutions that have this task, but were run by this model of governance and the oligarchs (groups that own the economy) together.

Political leadership thus treats oligarchs as self-serving units.
Some of the biggest businessmen have been rumored to have made large-scale payments of tens of millions of dollars to businesses that register and thrive only in the years of government that keeps them close. Then no one knows how these funds “evaporate”, which had to be justified with investments and obligations to return.

It is a fact that trying to satisfy all kinds of demands to consolidate power is already like a motto that guides the political model.
This two-way smart approach, which at the same time serves as a stabilizer of dissatisfaction with power and money, but on the other hand also as a guardian of the traditional pillars of the state.

Meanwhile, it is trying to inspire the voting public that this “politics” is nothing but an approach to reform. With this tactic in mind he addresses all strata in society by trading all this as a super policy for reforming the economy, life and traditions.
However, one day it will come!Once the highest peak of governance has been reached, even where leadership may not have been before, then the reforms initiated begin to have the opposite effect of what is planned.

In the situation in which the country finds itself, having a fear of the fact that the “dry” fiscal seasons cannot finance all the reforms, likely all of these events could be used for further concentration of power around political and economic leadership.

But how much can economic forecasts deteriorate?

Can the budget problems that were already overcome with the disasters that have occurred in the last 9 months be stopped?

Can the decline in domestic production be curbed, and will exports eventually be affected even worse than they are today, when right now the oil prices are quite low?

It would not be bad if all the reforms that have not been further advanced were started to be put in the direction from where they should give results, as what is left in the middle has more costs overtime to be resumed.

This moment can help the government of the country by dealing with the problems that have been carried on and further added to give principled solutions, so that mistakes are not made to return are form several times until in the end they leave it in the middle.

This is a time of cynicism.

No ideology or value is more visible or dominant than the other.